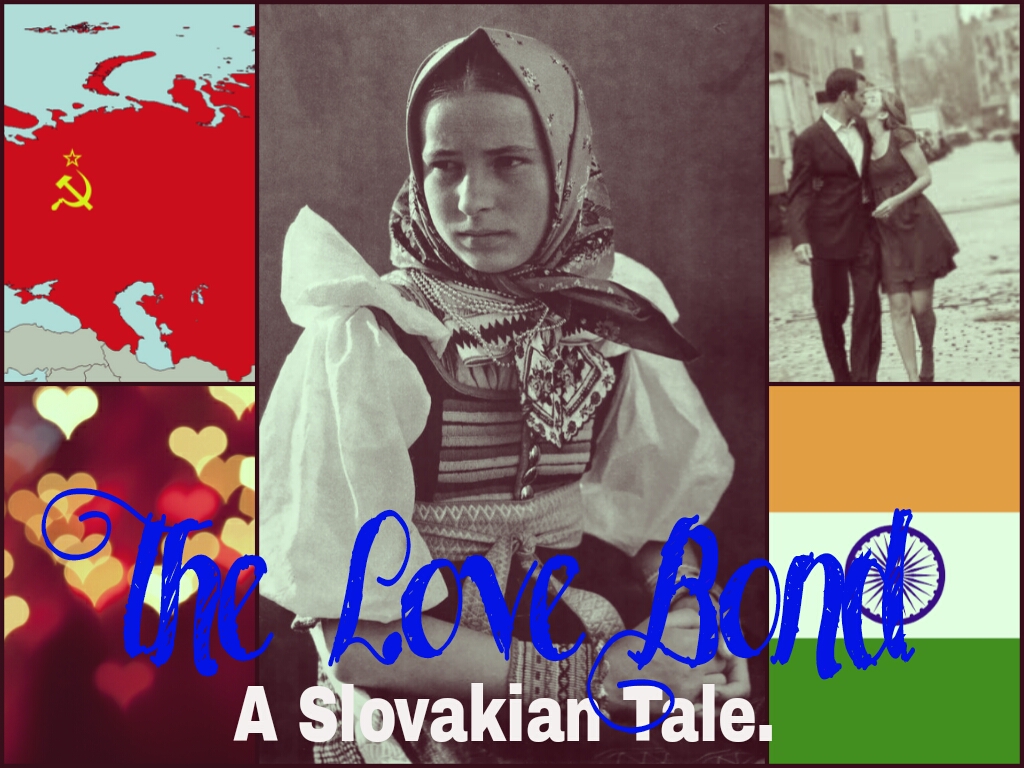 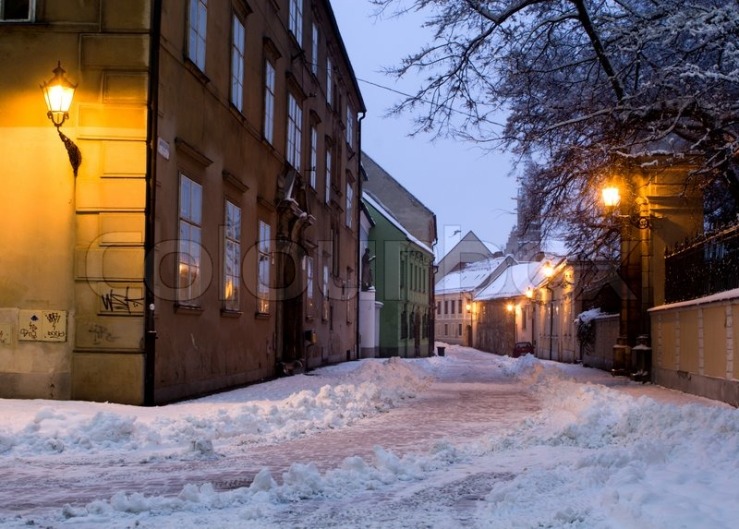 The train kept moving leaving behind the alps,mountains and the snow covered fields nearing to the Slovakian capital. The two men started to have conversations to run off the time. Mervin, is a very smart and an energetic person and a very good orator, some people do possess this good quality of charisma who can take over other hearts.

Mervin told Ayush about this beautiful country and its past from being Czechoslovakia to Czech and Slovakia. Well, Ayush listened to his talk with great interest. Twenty minutes of their time past by and Mervin stood up and moved away to make a call. In the mean time Ayush took the brochures of the train which was kept behind the seats and went through its pages. The temperature was -2 degree Celsius outside. Dark, cold and snowy but the cozy cuisine seats and the heaters in the train made them comfortable.

The speakers in the train said the next station is Brastislava Hlavna Stanica station. In about 5 minutes the train would approach the Slovakian capital.Mervin ended his call and came towards Ayush and asked ” you might really feel Hungary for sure apart from the little meal you had on the flight, I guess”.

“Yes, i am but its absolutely OK i would just go to the apartment and Mr James would be their waiting for me” said Ayush.

“I was talking to my mom and she is asking to bring you home for having dinner, its nearby” said Mervin.

“Oh thanks, but not this time it’s really late and i am tired just wanted to have some good sleep” reluctantly replied Ayush.

“No, please feel free. Do come or my mom would be upset” said Mervin with distress.

“Mom ? do you live with your family here ?” curious Ayush asked.

Smiled Mervin nodded his head and said ” Please do come, if you could give me Mr James number i will inform him and i will drop you to the apartment”.

Upon so much of request, even though Ayush was tired he accepted his offer to have dinner along with him late night and not to make Mervin’s mom waiting for them unhappy.

The train stopped at the Bratislava station, They took their luggage’s and got down their train.It was cold has hell, and the intensity of cold was much felt in their skins. They walked along the pavements that was filled with the midnight snow. They could hear the wolves hollowing in the dark. Some streets were dark and empty and felt like they were nobody living in that place for decades. Slovakian building looked so much ancient and beautiful and rich in architecture to Ayush’s eyes. They kept walking, the strong cold winds kept blowing onto their face which was the only part that they did not cover up.

Ayush kept following Mervin, it was a little bit difficult for the new young Indian man in Slovakia to catch up with the speed of Mervin in this cold but they kept walking along the low lit streets of Bratislava.

The time was 1:00 am. The shops were all closed down but at the end of the street Ayush could see the lights from a hotel which was still kept open at this time of the day. As they approached closer Ayush saw a old white Slovakian lady Covered in mufflers and sweaters sitting on a bench in-front of the hotel in the blistering cold as if she was waiting for someone.

Mervin said ” Ayush ! we are almost here. The woman that you see is my mom. She is waiting for you, i work in this hotel”

” Your mom ? you work here ? Why is see suffering this cold just tell her to go inside” replied Ayush with a little bit of confusions.

The woman got up from the bench and hugged Mervin and Ayush and asked her guest ” How was your journey my son ?”.

She spoke good English which actually fascinated Ayush. He said ” Oh well its was comfortable, I am so delighted that i met Mervin or else i would have been a bit worried.”

Ayush gave a look at this beautiful hotel from outside and the name really made him so surprised, it was written “Krishna Inn”. He taught to himself, a hotel named Krishna Inn in Slovakia. Absolutely surprising.

Mervin said ” This is Sofia Reznik, 75 years old. She is the owner of this hotel and i work here in this hotel. She is like my mom not just for me for every employ here  “.

Ayush asked “How many employees here ?”

“There are fifteen here, all Indians” Said Mervin.

It was really surprising for Ayush to know that a Slovakian woman running a Indian restaurant and all of the employees where Indians and they loved her and took care of her as their own mom.

“Son, you can have any kind of Indian food you want here” Said Sofia with so much of love in her hearts.

Ayush was so much delighted and felled home. He had his stomach full with those Indian delicacies. It was getting late and was time to leave.

“Son, do come tomorrow morning to have your breakfast, i will get you something special” Said the old woman to Ayush.

Ayush thanked her so much and Mervin.

Sofia asked Mervin to drop Ayush to his apartment were Mr James is. She insisted Mervin to take her luxurious Cadillac from her garage and drop him at his place. Mervin did as she said.

Ayush thanked her for the dinner and told her that he will come for breakfast tomorrow and got in the car along with Mervin to his apartment. He kept looking from the rear view mirror and saw that woman kept looking at them in the cold drive by until they vanished from her vicinity.

So much of taught’s kept lingering in his mind. Why does that woman waited in that harsh cold for someone she hasn’t seen so far ? Why does this woman invited me over and treat a stranger like me so well ? How did she have a hotel named Krishna Inn ? What makes her so special to her employees ?  Why did she give her Cadillac ? so much of questions in his mind but he was tired and all he wanted was to get to the apartment and fall asleep as soon as possible.

To be continued soon……….

Engineering graduate by profession and an English teacher by passion who loves exploring places, food and lifestyle. I grew up in the Kingdom of Saudi Arabia. One day I found that I was bitten by a travel bug during my studies in India. I would be delighted to share my travel experiences with my followers and I am grateful to each and everyone following my blog. Love to all! View all posts by Gokul Vijayan

This site uses Akismet to reduce spam. Learn how your comment data is processed. 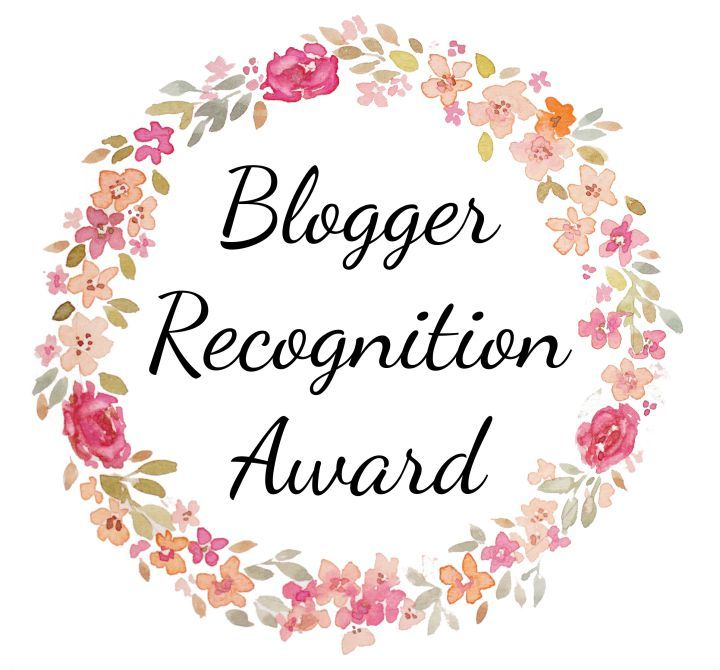 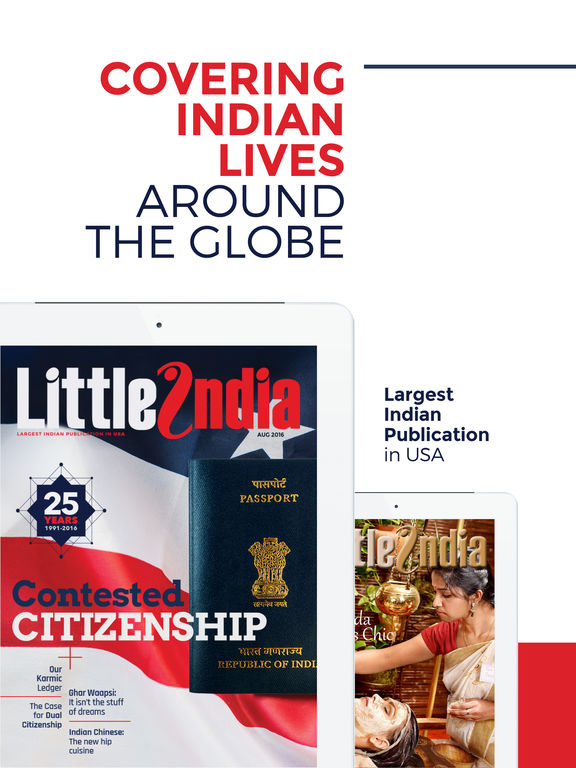