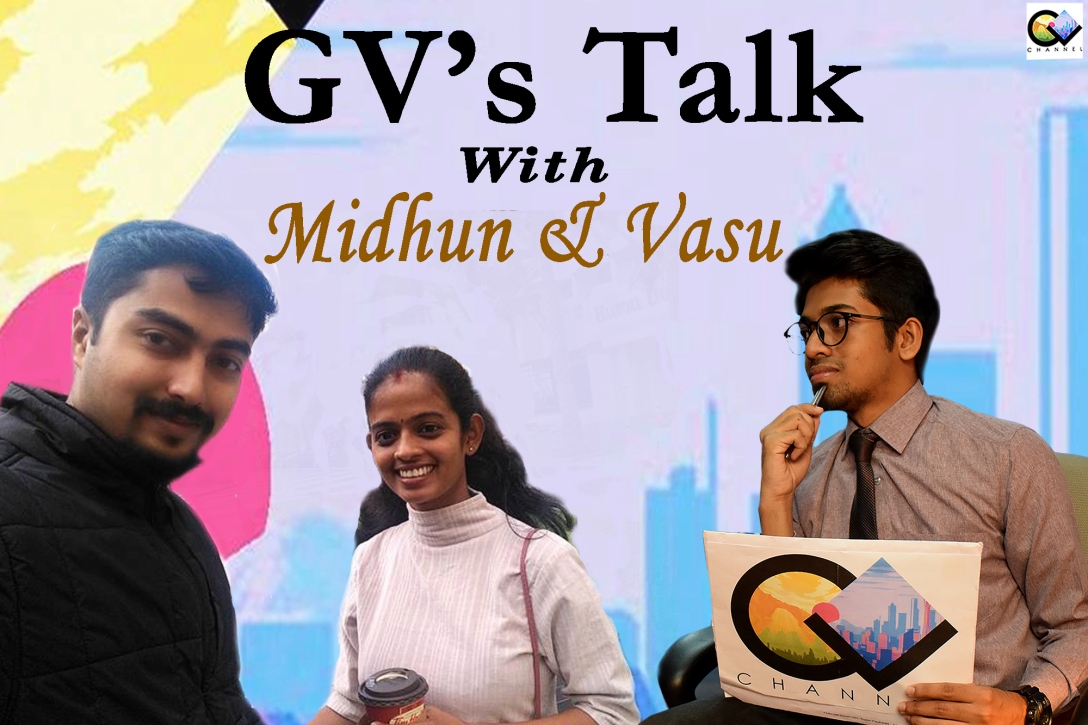 Hello! Ladies and Gentlemen, I happily welcome you all to GV’s Talk – a series of interview with inspiring people across the globe.

Let’s Kickstart the interview. Tell us about yourself.

Midhun- We live in the United Arab Emirates lately. We are natives of Kerala, The beautiful south Indian state of India. We grew up there and after marriage, we moved to Dubai.  That is when the idea of vlogging struck right into our minds. I tried my luck and people seem to like it. Yes, that’s why we are here now! 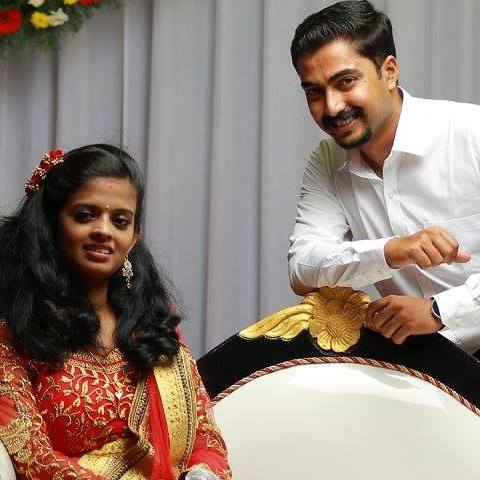 ‘Vloggers’ The term that could describe you both. Right? How did your journey as a vlogger begin?

Midhun- I am a persistent viewer of Mo Vlogs. I watch that almost all day. Then I started to watch Casey Niestat Vlogs. I admired their way of presentation and editing. I understood that it would be quite popular and accepted by the English viewers but was doubtful about the regional viewers. After a while, I came across the videos of vloggers from Kerala. So, that’s when we thought it’s time to start vlogging and the journey begun. 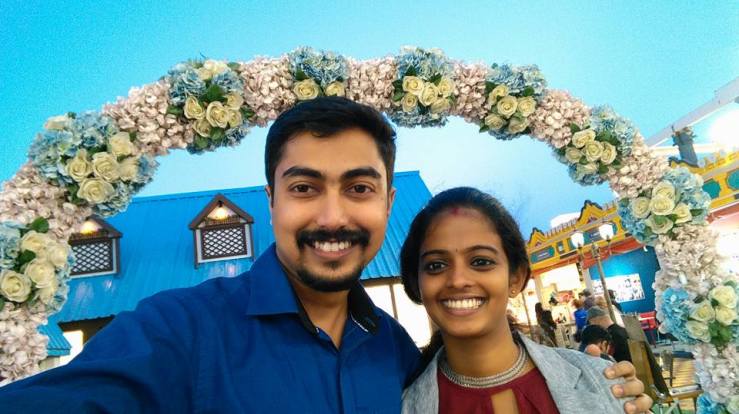 Vlogging could be tough I assume especially when you’re in the middle of the street and when people stare at you while speaking to the camera. Is it true? If yes, how do you tackle it?

Midhun- Anybody can buy a camera and edit videos without much prior knowledge in them but I guess the real challenge that arises is the one you said ‘dealing with the people around you’. Not only in the Middle East but in India as well when you walk around the streets talking to your camera they are chances that people get offended especially if it’s a woman near you. They might think that you are trying to capture them, they wouldn’t know if your a vlogger or a youtuber. I make flights reviews often and it’s an absolute challenge to record video in a confined space without spoiling the privacy of other passengers. I mostly turn my camera towards the window and shoot.

Vasu- For me overcoming the fear and shyness was the major challenge. Initially, I felt really awkward to talk to a camera which was a non-living thing, I felt weird but later I got accustomed to it. I was a person who had stage fears and whenever we had a stranger on the vlog I prefer to be silent but now things have changed after our 90th video. I am more comfortable to interact with people and talk to our travel companion which is our little camera. 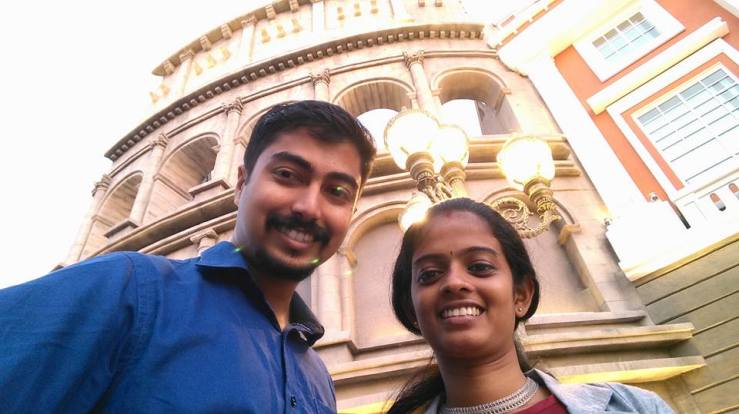 ‘A turning point’, one vlog that you could mention that just blew your expectation?

Midhun- Well the turning point was, While I was vlogging all the way to India from Dubai Actress Swetha Menon was in my same flight and I met her and told that I am vlogging and requested her to say ‘Hi’ to my subscribers and then a thumbnail for my video. The video just went viral crossing 1 lakh views. That was the video which made me realise that even I can achieve one lakh views being a regional language video creator, it was unbelievable. If Shwetha Menon reads this blog we both take this opportunity to thank her from our heart. Thank You Swethaji!

I went through your vlogs on YouTube and when I scrutinized through the comments. Most of them are so eager to know about this and have asked ‘Midhun and Vasu! What are your jobs?’ Haha. Yes, what do you do for the living? Full-time vloggers?

Midhun- Yes! I Think it is one of the questions which I get often asked. Most of the Youtubers from Kerala like Sujith Bhakthan, Ebadu and so on would have answered this about them almost every month. I have income through three sources presently. I run a start-up company in Dubai, then I also work as a director for a US-based company.

Vasu- I work for a travel company.

Midhun- We have also started to earn quite a sum of money through Youtube recently as well. 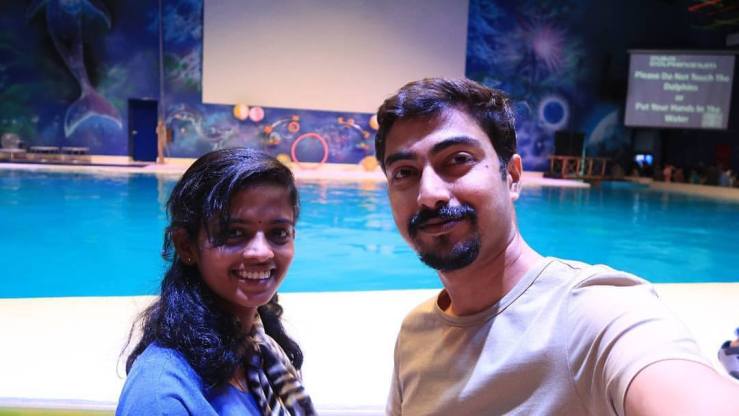 Vasu it’s your turn first. What makes Midhun a good travel companion? And then Midhun how about you?

Vasu- Actually, whatever I say he listens…

Midhun- Hey! When in Kerala, Whenever I ask her to hang out she jumps onto the bike and keeps blabbering throughout the journey. Haha! A chatterbox in short.

Vasu- See it works like this, I believe that one should be talkative and other should be silent. So, I belong to the former one while chettan (Midhun) belongs to the latter one.
He keeps listening to me throughout our travels. I think that’s what makes him a good companion. Haha! Thanks for bearing me.

Midhun– Ours was a love marriage but even then we never talked or imagined that we will turn into vloggers. All we wished is to buy a house and get settled in a peaceful place and lead a good family life. I would say Vasu is the backbone for me. She became really familiar with vlogging and she is the one who insisted me to buy Canon G7X when I said I will go with something that is cheaper and would do the job now. Her attentiveness makes her a good companion. 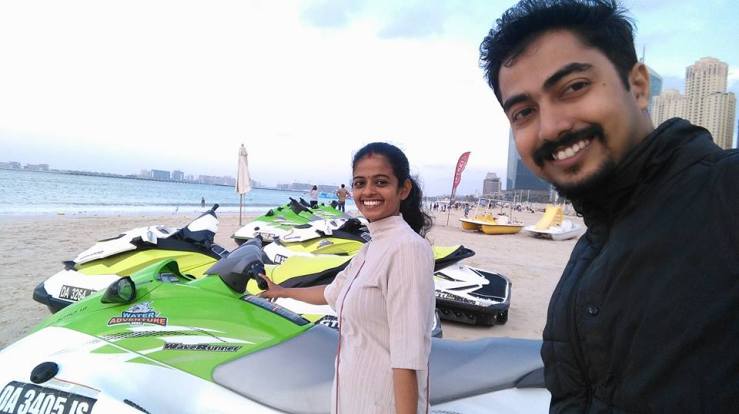 ‘Vloggers On Rise’. Young generation looks to you on YouTube. How can you impact the society being an influencer?

Midhun- Let me not narrow down into vloggers alone. I believe the social media itself has influenced the young generation a lot. In the forms of trolls, vlogs, blogs, memes, live streams and more people are being aware of the happenings without spending time reading newspapers. Each persons opinion matters. So imagine each person voice their stance through online platforms and then the overall voices play a very important role in the end, it could be an issue that is political or social. Moreover, Sharing of information has improved rapidly. Networking takes place in a blink of an eye. You are able to connect people of similar likes and beliefs. Be a part of initiatives, connect to eminent personalities and this itself is a great example being a part of GV’s Talk by you Gokul. I believe India is going to witness a massive change by 2019 elections and social media influencers will be a great part of it.

Vasu- I would say just like the young generation, people in their old age too are viewers of Youtube. Living all their lives and being in the retirement age and when young people bring out something different to watch they seemed to be curious. I wanted to influence them in a way that saving money, building a house or buying a car is all a necessity but above all, we have to travel, see things that are new to us, learn about other customs and tradition. 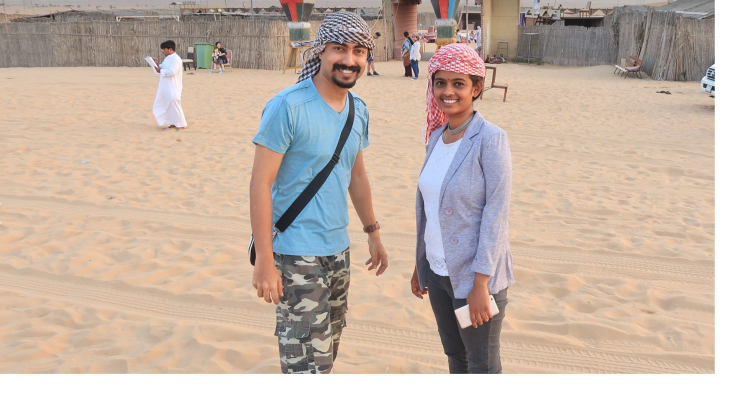 Midhun- My suggestion would be I think almost all of you should have a youtube channel. Earlier days advertisement was done through local media and newspaper but now most ads are through google and facebook and its reach is on a global level. Money circulates through the global market so if we can cluster it in our market it would be a huge revenue. Create a channel and start promoting your business or whatever. Bring positive contents.

How do you manage to travel frequently? Do you take a day off for vlogging

Midhun– It’s not possible to travel around for 365 days a year while working but certainly you can have a balance between both. Keep aside a day in a week for travelling and that is enough for vlogging. It need not be a trip to a foreign country it could be a walk to an open market down the streets.

Most of your followers are from Kerala. What do you guys have to tell them at this moment?

Midhun– Let me thank everyone for supporting us so far. Please keep supporting.

Vasu- Live your life, keep your worries aside and create some memorable moments so that once you reach your old age you will have something to cherish about always. Keep supporting us.

Thank you so much for having your time. Wish you all the best in your future endeavours.

Hola! So keep reading as I bring new guests to the hot seat of GV’s Talk. You can also write to me on gokulvijay484@gmail.com for business inquiries and suggestions.